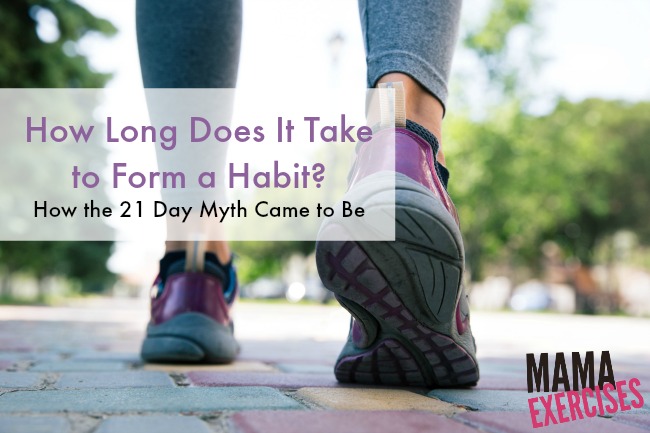 Tried a 21 day diet or given yourself three weeks to form a habit and failed? Don’t worry, you’re not alone! In fact, three weeks is only about a third of the time that it takes for a new habit to begin to solidify.  Wait, what?! Aren’t habits formed in 21 days? Nope, it actually takes more than three times as long.  So while that’s good news if three weeks wasn’t long enough for you, it could also be disheartening if you thought three weeks was going to be the magic number.  Let’s talk about the science of it and why you shouldn’t fret.

When I first started ruminating about this article, I was certain that when I went to the scientific research there would be plenty of articles and studies backing up 21 days.  Isn’t that the number people use all the time to sell programs and products and services? But something very interesting happened when I started digging a little deeper.  The conventional 21 days wasn’t really backed up by science – just by pop culture and a misinterpretation of the work of a plastic surgeon.  Huh?

How the 21 Days to Form a Habit Myth It Started

In the 1960s there was a plastic surgeon named Dr. Maxwell Maltz who was very interested in self-image and self-perception. He observed that it took his patients about 3 weeks after surgery to start accepting their new looks. You can imagine that a plastic surgeon would indeed be very interested in such an observation, because he was in the business of self-image.  He wrote about it in his book [easyazon_link identifier=”0399176136″ locale=”US” tag=”mamaexercises-20″]Psycho-Cybernetics[/easyazon_link].  And that’s when things got misinterpreted.

You see, Dr. Maltz wasn’t talking about habit formation with those 21 days, he was talking about self-image and perception.  Perceiving something differently after 21 days is a whole heck of a lot different than forming a new habit.  Unfortunately, the society in which we live is so hooked on quick fixes that the statement about 21 days took off and started being applied to something that Dr. Maltz never tested or even observed.

So, are 21 days a waste of time?  Should you even bother with anything that boasts a three week time frame? Should you simply dismiss them and move on? Well, of course you shouldn’t dismiss them! After all, the only way to get to day 22 is to get to day 21, right? The key is to realize that you’re probably going to have to stick with that behavior for at least three to four rounds for it to truly become a habit.

How Long It Takes

If it doesn’t take 21 days, how long does it actually take to form a habit then? Well, in the European Journal of Social Psychology in 2009, a study was published by Phillipa Lally and colleagues that examined how long it took a group of 96 people to form a habit over a 12 week time period.  The participants were asked to record each day whether they did the new thing they were trying to make into a habit and then rate how natural it felt as part of their day.

What they discovered was that it took people anywhere from 18 to 254 days to form a habit.

So, what does that tell us about habit formation and claims of quick habit-changing programs?  Well, it validates that change is harder for some than it is for others.  It also emphasizes that you have to go into a change with an open mind.  If you set yourself up for failure by only giving something three weeks, you miss finding out what happens on day 22 and day 53. If you don’t get to day 21, there’s no way you’re going further than that.

The only way to form a new habit is to just keep doing it. Instead of using 21 days as the end all, be all of habit formation, use it as a check point.  Check in with yourself and see how you’re feeling, what changes you’ve noticed, and how natural the behavior is becoming.  Don’t use the 21 day mark as an excuse to quit or jump off the wagon simply because a plastic surgeon observed something about self-image in his patients in the 1960s.

Aren’t you worth more than 21 days anyway? Aren’t you worth the rest of your life if it takes that long to form a habit? Yes, yes you are. You’re worth day 22 and day 64 and day 1,381.  You’re worth every single day of your life and quitting after 21 days because something is having a hard time “sticking” as a new routine is just sad. Don’t do it.

Give yourself more credit for being able to change your habits and be healthier.  And the next time you hear someone say that a habit forms in 21 days, gently let them off the hook of failure by reassuring them that, for many of us, habit formation takes a heck of a lot longer.